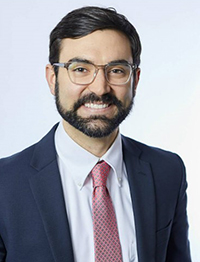 Jacob Grimes joined Sandberg Phoenix & von Gontard P.C. after earning his J.D. from Saint Louis University School of Law in 2017. He earned his B.S. in Biology from Rockhurst University.

During law school, Jacob served as a judicial extern to The Hon. David Noce of the Federal District Court for the Eastern District of Missouri and as an intern in the legal department of a major regional hospital corporation in the St. Louis area. He also completed an internship with the St. Louis City Circuit Attorney’s office, where he performed extensive research and developed documents for prosecutors and served as second chair in felony trials and developed trial strategies with prosecutors.

Jacob also has a background in community service, which includes serving as a member of the Bar Association of Metropolitan St. Louis’ Young Lawyers Division and its Read Across America and Motion for Kids initiatives.

He is licensed to practice law in the states of Missouri and Illinois.