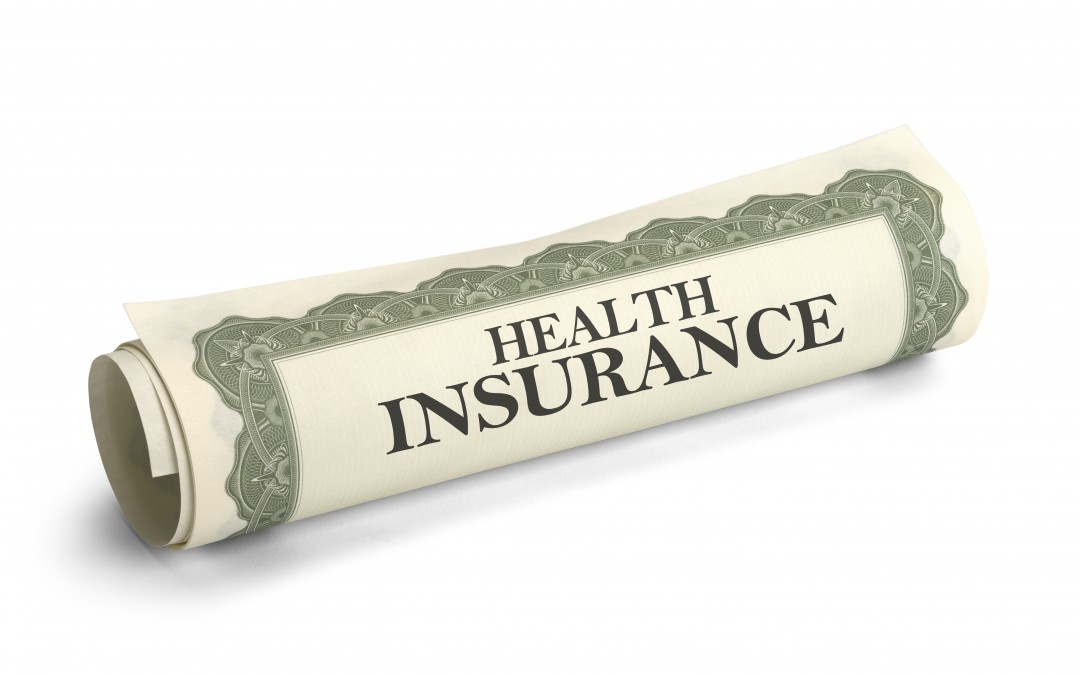 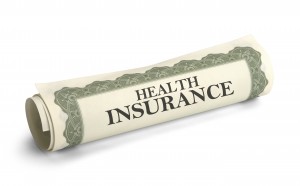 Does your business or employer pay for, or reimburse employees for, individual health insurance coverage? Did you know that as a result of the Affordable Care Act, such arrangements were prohibited beginning January 1, 2014? Did you know that more-than-2% shareholders of an S corporation may be affected?

On February 18, 2015, the IRS issued Notice 2015-17 that provided some relief from the excise tax under § 4980D ($100 per day, per employee) for violations of the Affordable Care Act (ACA) market reforms as well as additional guidance with respect to certain types of employer payment plans and an update on the impact of the ACA market reforms to more-than-2% shareholders of S corporations.

In May 2014, the IRS issued a frequently asked question (FAQ) based upon guidance in IRS Notice 2013-54 that addressed the employer’s reimbursement of employee paid premiums for individual coverage including coverage obtained through an exchange or the Marketplace. According to the IRS, such an arrangement, an “Employer Payment Plan,” would be considered a group health plan subject to ACA market reforms. In the FAQ, the IRS’s chief concern appeared to be the use of pre-tax dollars to fund such a plan to pay for individual premiums, in which case, such an Employer Payment Plan would be prohibited. See the previous article on the IRS FAQ here.

Later, in November 2014, the U.S. Department of Labor (DOL) issued its own series of FAQs based upon previously released guidance. However, the DOL went one step further providing that Employer Payment Plans may be prohibited no matter if employers are paying or reimbursing an employee’s individual premiums with pre-tax or after-tax dollars.

In light of the FAQs, both the IRS and DOL made it clear that if an employer fails to satisfy the ACA market reforms by continuing to operate an Employer Payment Plan on or after January 1, 2014, by either paying directly, or reimbursing an employee, for individual premiums with either pre-tax or after-tax dollars, the employer may be subject to an excise tax under § 4980D of up to $100 per day, per employee (potentially $36,500 per employee, per year). See the article on the DOL FAQ here.

Because the prohibition against such Employer Payment Plans began January 1, 2014, many were uncertain and concerned about how to report violations. In fact, many hadn’t discovered their plans were in violation of the ACA market reforms until 2015.

To complicate matters, the guidance provided by the IRS and DOL seemed to contradict prior rulings and guidance that previously allowed more-than-2% shareholders of S corporations to deduct their own individual health insurance premiums. Specifically, IRS guidance contained in Rev. Rul. 91-26 and Notice 2008-1 provided that more-than-2% shareholder-employees could deduct the cost of health insurance premiums as an above-the-line deduction under code §162(l) on their tax returns if the corporation either paid the premium (for group or individual coverage) directly or reimbursed the 2% shareholder for the cost after the shareholder-employee delivered evidence of such payment to the corporation. However, in light of the guidance, such an arrangement could fall squarely within that described as being prohibited in the IRS and DOL FAQs (although some argued that under the Code such owners were technically not “employees”). See the article here addressing this issue in detail.

Finally, a limited exception appeared to exist for plans in which there was only one participant. However, with this exception, some were uncertain how it would apply – that is, what if a more-than-2% shareholder was the only participant in a plan but the S corporation had employees in addition to the owner who may or may not be in their own plans? Would the exception still apply?

Fortunately, on February 18, 2015, the IRS finally issued in Notice 2015-17 additional (albeit, somewhat limited) guidance with respect to some of the unanswered questions as well as temporary relief for certain employers from the excise tax under § 4980D.

In Notice 2015-17 issued on February 18, 2015 (the “Notice”), the IRS provided transition relief in four areas, including: (1) relief for certain Employer Payment Plans sponsored by an employer that is not an Applicable Large Employer under Code § 4980H(c)(2); (2) for S corporation healthcare arrangements for 2-percent shareholder-employees; (3) Medicare premium reimbursement arrangements; and (4) TRICARE-related health reimbursement arrangements (HRAs). As indicated above, the Notice also provided additional tax guidance for some Employer Payment Plans. Below is a summary of that relief and guidance.

Transition Relief for Small Employers from the § 4980D Excise Tax

With respect to Employer Payment Plans, the Notice provides that the excise tax under § 4980D will not be asserted against certain small employers for any failure to satisfy the market reforms by employer payment plans that pay directly, or reimburse employees, for individual health policy premiums or Medicare part B or Part D premiums. Specifically, the excise tax will not apply (1) in 2014 to employers who were not “Applicable Large Employers” (ALEs) in 2014, and (2) for January 1 through June 30, 2015, for employers that are not ALEs for 2015. Importantly, after June 30, 2015, such employers may be liable for the § 4980D excise tax.

The Notice goes on to define an ALE as, “with respect to a calendar year, an employer that employed an average of at least 50 full-time employees (including full-time equivalent employees) on business days during the preceding calendar year.”

Those employers that qualify for the relief are not required to file IRS Form 8928 solely as a result of having such arrangements for the period for which the employer is eligible for the relief.

The IRS also made clear in the Notice that the relief does not extend to stand-alone HRAs or other arrangements to reimburse employees for medical expenses other than insurance premiums.

The Notice also makes clear that the relief does not apply to reimbursements of individual health insurance coverage with respect to employees of an S corporation who are not 2-percent shareholders. However, so long as the S corporation employer is not an ALE, the employer may be eligible for relief from the excise tax through June 30, 2015

Finally, the IRS reaffirmed that, “until additional guidance provides otherwise, taxpayers may continue to rely on Notice 2008-1 with regard to the tax treatment of arrangements described therein for all federal income and employment tax purposes.” The IRS also indicated that a more-than-2% shareholder may continue rely on Rev. Proc. 2014-41 with regard to computing the deduction under § 162(l) and the credit under § 36B.

Plans with Fewer than Two Participants

Addressing plans with fewer than two participants, the Notice acknowledges “that an arrangement covering only a single employee (whether or not that employee is a 2-percent shareholder-employee) generally is not subject to the market reforms whether or not such a reimbursement arrangement otherwise constitutes a group health plan.”

However, the Notice also put to rest the question of whether or not an employer (including an S corporation) may have more than one individual plan to avoid the market reforms. The Notice indicates that more than one such arrangement for different employees, whether or not the employees are more-than-2% shareholders, would be treated as a single arrangement covering more than one employee so that the exception in § 9831(a)(2) would not apply. To drive the point home, the Notice provides that, “if both a non-2-percent shareholder employee of the S corporation and a 2-percent shareholder employee of the S corporation are receiving reimbursements for individual premiums, the arrangement would be considered a group health plan for more than one current employee.”

With regard to family coverage, that is, where an employee has other-than-self-only coverage, and another (spouse or dependent) employee is covered under the same policy, such arrangement would be considered to cover only one employee and would be permitted under the limited exception. As an example, if husband, who is a more-than-2% shareholder-employee of an S corporation also covers his wife under the same policy, who is also an employee of the S corporation, such arrangement would still be considered to cover only one employee and would not be subject to the market reforms (and would also likely qualify for the other relief provided to more-than-2% shareholder-owners in the Notice).

Notice 2013-54 provided that an Employer Payment Plan could not be integrated with Medicare because Medicare did not constitute a group health plan under the ACA. Thus, an employer arrangement that reimburses Medicare premiums would generally run afoul of the market reforms and would therefore be prohibited. However, Notice 2015-17 provides guidance with respect to certain employer arrangements to reimburse Medicare Part B and Part D that may be permitted.

The Notice further indicates that employers should be aware that such an arrangement could run afoul of other laws such as the Medicare secondary payer provisions.

Similar to Medicare, TRICARE is not considered a group health plan and therefore cannot be integrated with an Employer Payment Plan. However, the Notice provides guidance similar to that for Medicare for HRAs that provide reimbursement for TRICARE. That is, such an employer arrangement will be considered integrated with a group health plan and therefore permitted, if: (1) the employer offers a group health plan (other than the HRA) to the employee that does not consist solely of excepted benefits and offers coverage providing minimum value; (2) the employee participating in the HRA is actually enrolled in TRICARE; (3) the HRA is available only to employees who are enrolled in TRICARE; and (4) the HRA is limited to reimbursement of cost sharing and excepted benefits, including TRICARE supplemental premiums.

Similar to the secondary payer rules, employers should be aware of laws that prohibit offering financial or other incentives for TRICARE-eligible employees to decline employer-provided group health plan coverage.

As indicated above, the IRS and DOL have made it clear that both pre-tax and after-tax payments to employees for individual health coverage may run afoul of the ACA market reforms and may therefore be prohibited subjecting the employer to significant penalties. However, Notice 2013-54 did leave open the possibility that an employer may increase an employee’s compensation to assist employees with individual premiums under a payroll practice exception.

Notice 2015-17 provides that so long as the employer does not condition the payment of additional compensation on the purchase of health coverage, such an arrangement would not be considered an Employer Payment Plan and therefore, would not be prohibited. However, if the employee would be required to provide evidence of such premium payment or would otherwise experience a reduction in salary if the employee stopped paying individual coverage premiums, such would constitute an Employer Payment Plan and therefore would run afoul of the ACA market reforms.