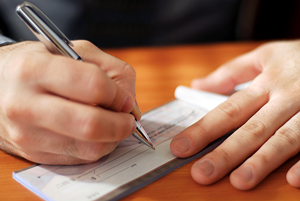 From my vantage point, there are close calls, and then there aren’t. This is a story where the facts and arguments point, indisputably, to the issue not being even remotely close when viewed from the reasonable person standard. In a recent case involving two subjects that together frequently make for interesting fact patterns — families and money — one sibling (the “bad actor”) tries to stiff two of his siblings. Beyond that, the bad actor has the audacity to argue that the governing operating agreement was silent regarding bad faith and therefore did not create liability if a manager so acted in bad faith. Never mind that the bad actor/manager converted the sale proceeds from apparently inherited family real estate to his sole use.

In the case of Schieve v. Meyer, we are introduced to a sister, Lynn, and two brothers, Brad and John, the latter of which is the bad actor and manager of a company in which each of the siblings owns a portion. The three siblings formed a Missouri limited liability company, ironically named in honor of their family patriarch, in which they held title to Iowa real estate. A few years later, the real estate was sold, netting the company just under $610,000. John, the manager, proposed that almost all of the sale proceeds flow through a company he wholly owned in order to obtain tax credits. Lynn and Brad vetoed that ploy out of concern that doing so would amount to tax fraud. Lynn did send John an email demanding that the proceeds of the sale be distributed by the end of the year, December 31, 2013. That date came and went, with no distributions having been made.

Lynn and Brad then adopted a resolution freezing the company’s bank accounts unless transactions were approved by the majority of the members. In response, John threatened Lynn with tax penalty payments (though it is unclear as to the basis of those threats), resulting in Lynn and Brad agreeing to lift the freeze on the company’s bank account. In mid-March 2014, John wrote a $50,000 check to purportedly repay one of his companies for a nonexistent loan made to the company.

Seven months later, Lynn and Brad demanded an accounting. The next day, unaware of the letter demanding the accounting, John paid Iowa and the U.S. Treasury almost $29,000 for his personal taxes from the company’s bank account. Another month later, John replied to his sister’s accounting demand, explaining that the company had never purchased or been gifted any real property, which was readily false given the quit claim deeds from a family partnership to the company.

Lynn filed suit against her brother John in June 2018, alleging breach of fiduciary duty, conversion, breach of contract and unjust enrichment. The matter was heard before the court, which rendered judgment in Lynn’s favor. The Missouri Court of Appeals upheld the trial court’s judgment, analyzing and finding in favor of Lynn on all points. The tort of breach of fiduciary duty requires that the proponent must establish (a) that such a fiduciary duty existed between the parties, (b) that the defendant did in fact breach that duty, and (c) that the breach caused harm.

As to the first point, that a duty did in fact exist, John admitted that generally a manager does owe a fiduciary duty to the members of a limited liability company. But, he argued, under Missouri law, limited liability companies may restrict those duties and limit or even annul liability to the members or managers for damages as a result of those actions, something he claims the company embraced by limiting language in both the articles of organization and its operating agreement.

John argued that nothing in either the articles or the operating agreement created liability as a result of the acts he purportedly engaged in. The appellate court noted, however, that the company’s operating agreement conditioned the limitation on a person’s liability to only those situations where the person discharges his or her duties in good faith, exercising the same degree of care and skill that a prudent person would have exercised under the circumstances in the conduct of such person’s own affairs, and in a manner such person reasonably believes to be in the best interest of the company.

The court also relied upon Section 347.088.3 R.S.Mo to impose liability on John. That provision states that the manager of a limited liability company “shall account to the company and hold as trustee for it any profit or benefit derived by such person without the informed consent of more than one-half by number of disinterested managers or members from any transaction connected with the conduct of the business and affairs … or from any personal use by such person of the property of the limited liability company … entrusted to him as a result of his status as manager or member.” Having already found that John took the company’s money for his own personal use and benefit while refusing to make distributions, the appellate court reiterated the obvious, that “neither the executive officers nor the directors [sic] … have a right to convert [a company’s] assets to their own use, or give them away or make any self-serving disposition of them against the interest of the company.”

Second, by having found that a fiduciary duty did exist to the other members of the limited liability company, based on the facts adduced at trial, the appellate court upheld the trial court’s finding that John “took the [company’s] money for his own personal use and benefit while not issuing the required distributions per the [company’s] Operating Agreement.” John’s conduct, in the appellate court’s eyes, evidenced a lack of good faith, which the Operating Agreement required if a manager was to escape liability. Having found that there was a duty owed to the company’s members and that John had, in fact, breached that duty, the court affirmed the money judgment that the trial court had awarded to Lynn to address the harm caused by John’s breach.

While hopefully the outcome of this case should not surprise you, the fact that the manager tried to, and did in fact, convert all of the assets of the company, and the members failed to take action until all of the assets had been dissipated, is shocking. If a manager, or any other officer or person in charge of a company, is refusing to account for or distribute money or other assets, the better time to take action is not after the assets have been disposed but after the reasonable request fails to produce results you believe are correct pursuant to the governing documents. Missouri courts, and literally all other states’ courts, hold the same. Fiduciary duties are imposed by virtue of the office held, and failure to comply with those duties can impose personal liability. The problem is that by waiting, you run the risk of obtaining a judgment, with little likelihood of being made whole for your loss. Don’t let your share of a company be literally stolen by either turning a blind eye to wrongful conduct or otherwise remaining silent.

If I or my colleagues can assist you in addressing fiduciary duty claims or operation of your company, whether a limited liability company, a corporation, or otherwise, please contact me at 314.446.4278 or at [email protected].