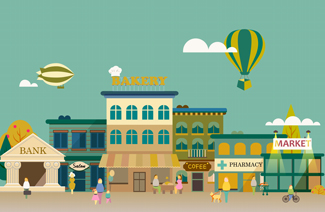 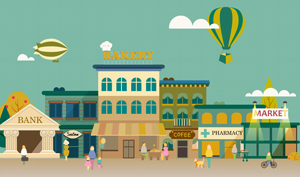 The Chesterfield Regional Chamber of Commerce (Chesterfield, Missouri) was asked to weigh in on the issue of the City of Chesterfield applying sales taxes to online purchases from out-of-state vendors.

First, a little history. For decades, the United States Supreme Court required that taxation of sales required a physical nexus, or connection, between the seller and the state imposing the sales tax. Not surprisingly, large national online sellers found a way to sidestep this tax: By using multiple subsidiaries, they could avoid establishing the nexus, even if the fulfillment center was in the state where the sale occurred. Using this strategy, companies like Amazon, eBay and Wayfair avoided charging their customers sales tax — creating an unfair advantage over their bricks-and-mortar local competitors. But brick-and-mortar businesses remained relevant, even to many online shoppers. Consumers would regularly check out electronic goods and other products at a local store, and then buy the products online and save the sales tax. In 2018, the U.S. Supreme Court again waded into the imposition of a local sales tax on online sales, even if no physical nexus existed between seller and consumer within the same state. This time, the Supreme Court ruled in favor of leveling the playing field. During the last legislative session this past year, the Missouri General Assembly authorized counties and municipalities to collect an online use tax to protect Missouri’s brick-and-mortar businesses. Now, the City of Chesterfield is submitting the question of whether to do so to its electorate. The Chesterfield City Council voted to put the use tax proposal on the April 5, 2022, ballot.

If approved, the tax will go into effect in January 2023.

So where does the Chamber stand on this issue?

This begs another question: If services to the City’s residents are denied because of a lack of funding, should every resident have to pay more through other means of taxation to make up the shortfall and get the services we expect? We say no — that’s not fair.

We support the imposition of sales tax for online sales. A level playing field is fair, but there is no level playing field when one of the players has to play at an economic disadvantage. We’ve seen too many of our business owner neighbors fight against these behemoths, only to slowly lose their businesses. Some of you may oppose the tax proposal because you don’t want to pay online sales tax. Understandable. But I urge you to consider the big picture. What would Chesterfield look like without the small, mom-and-pop stores that make up our community? Are we willing to pay sales tax on our online purchases to give them at least a fair shot at competing with the big guys? At the Chamber, we say yes. It’s only right to have big online companies collect sales taxes on sales made in Chesterfield — not only to level the competitive playing field but to more equitably support the amenities we want as a community. Now is the time to end the online seller’s exemption from collecting sales taxes. It’s only fair.

– David Weiss is an attorney and Chesterfield Regional Chamber Board of Director.

Republished with permission from “Out and About” magazine, Chesterfield (Missouri) Chamber of Commerce.