Corporation vs. LLC – Is the Decision Any Clearer? 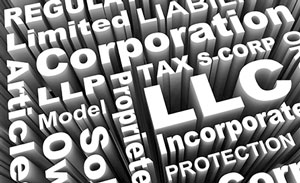 For years, it seems that choice of entity has been given, at best, only passing attention. While everyone contemplating starting a business has heard of corporations, that entity is viewed as their father’s entity, not the newer, hipper limited liability company (“LLC”). While there are lots of reasons to embrace LLCs, there may be even more reasons to be wary of LLCs and instead look at your father’s choice of entity — the corporation.

Corporations have been developing for literally hundreds of years and have an extensive body of law to assist in the interpretation of rights, duties and conduct in general. LLCs, on the other hand, are much newer, first being recognized in Missouri in 1993. While often mistakenly referred to as a “limited liability corporation,” LLCs are not corporations. Though true that both LLCs and corporations are intended to limit the liability of its owners, unless such owners violate the standard of care set forth in the respective governing document (articles, operating agreement or bylaws) or applicable law, no liability should attach to an owner for contractual matter liability. Liability on the part of owners arising from torts (a situation that arises from a deviation from the applicable standard of care), however, remains viable regardless of entity choice.

It should be noted, and this fact is often mentioned as the reason to select an LLC rather than the corporate form of entity, that Missouri law does not expressly require an annual meeting for LLCs. That fact alone, however, does not prohibit, or even discourage, LLCs from having meetings. Moreover, not conducting meetings or otherwise memorializing actions authorized by the LLC could leave the company open to possible liability. The meeting minutes, or written consents in lieu of a meeting, may be especially important documents in the case of a tax audit.

A different tax regimen was authorized by Congress decades ago to alleviate that double-taxation burden for small corporations. S-corps are not taxed at the entity level but instead are treated as having distributed their earnings and profits to the shareholders in proportion to their stock ownership. Because of this deemed distribution, most S-corps provide under their bylaws, under a shareholder agreement or by custom to distribute some amount of the actual earnings and profits so as to cover the tax exposure of the otherwise “fathom income.”

Corporations are limited in their ability to elect S-corp status. The general requirements to qualify for S-corp status are the following:

LLCs do not generally face the same restrictions as S-corps unless the LLC elects to be taxed under Subchapter S of the Internal Revenue Code (“Code”). Accordingly, entrepreneurs electing to be an LLC (other than one taxed under Subchapter S of the Code) may have ownership interests that have not only different distribution and liquidation rights but also options, warrants and other differing financial attributes. In some situations, even if the intent for taxation as an S-corp is desired, the number of owners may exceed 100, or one or more owners of the business might be a corporation or another LLC, and thus the LLC format is a practical, and preferred, solution. There are a good number of situations where LLCs are the preferred choice of entity, such as a subsidiary of a corporation and ownership of investment property. The key is to analyze expectations and desired outcomes prior to making an election that can have far-reaching impact.

LLCs are a bit of a hybrid between partnerships (which have no limitation on personal liability) and corporations (which do have limitation of liability for owners). An LLC’s tax status is determined by either a default (a disregarded entity for a single-member LLC or a partnership for an LLC of two or more members) or an election (regular C-corp or S-corp).

For many small-business owners, the business consists of the owner and maybe a small number of employees. The owner’s objective may be to engage in a business for which he or she is both qualified and passionate, and to protect the owner and the owner’s family’s assets from liability. Both an LLC and a corporation should protect such an entrepreneur, assuming the formalities are observed. The decision then may come down to ease of administering the difference between entities (e.g., payroll and reporting forms versus estimated taxes), tax return preparation (e.g., for a single-member LLC, a somewhat bigger decision whether to have a separate corporate tax return versus only an additional Schedule C to the taxpayer’s Form 1040), the impact of taxes and the net “take home” pay to be realized, and funding qualified and nonqualified retirement plans.

To understand the difference of the entities’ impact, consider the imposition of various taxes. All of the earnings and profits will be subject to federal and state income tax at the individual level, except for entities taxed as a C-corps. But one must understand the role of self-employment (“SE”) taxes. For LLC owners, SE taxes are assessed on the individual owner’s share of the net earnings and profits other than from rental and dividend income. The tax rate is 12.4% for the Social Security tax, and 2.9% for Medicare tax, for a total SE tax of 15.3%. While the Social Security tax is capped at $147,000 for earnings in 2022, there is no cap on the amount of earnings subject to the Medicare tax.

A single-member LLC will, unless an election is made, be deemed a disregarded entity, essentially a sole proprietor. All of the owner’s earnings and profits will be subject to the SE tax unless a corporate tax election is made.

The owners of a multi-member LLC can elect to be taxed as a partnership (if two or more owners), a C-corp or an S-corp (subject to limitation on numbers of owners, a single class of stock, etc.). If a partnership and owners are active in the LLC, all of the owners’ distributions will be subject to SE tax.

Thus, the critical issue is determining which entity will reduce your exposure to additional SE tax. If earnings and profits are, or are projected to be, substantial, it might be best to consider electing to be taxed as an S-corp. But before making such an election, you should confirm that the ownership structure (number of shareholders, single class of stock and no ineligible shareholders) will qualify as an S-corp. If it will, the next issue is determining a reasonable salary for the owner. If all of the company’s income is from a single owner’s personal services, it is more difficult to successfully argue that the owner should be paid substantially less than the company’s net earnings and profits, though it is possible. For a company with multiple employees or a nonpersonal services company, establishing salary to a reasonable amount may net a greater dividend payment, thereby lessening the SE tax impact. To read more about the impact of SE tax and evaluating its role in choice of entities, visit e-LawLines’ “Taxes Beyond Choice of Entity; Minimizing Employment Taxes.”

Of course, the IRS looks closely at the amount of self-pay for an owner, and taking unreasonable risks is not advocated. One can look at third-party online or other sources for what a person with the owner’s skill set and responsibilities is getting paid and use that as an estimate of what is a reasonable compensation, but obtain multiple sources of estimates, and from the owner’s same geographical area, in all cases saving such information for future use in case the IRS comes knocking at the door. Again, the more difficult position to take is that of a consultant, working alone, who tries to argue that he or she is worth significantly less than what is being charged. Again, do not trap yourself. The key is to pay a reasonable compensation.

Especially compelling from a non-tax perspective are the fiduciary relationship standards which have been developed over centuries governing the interaction among corporate shareholders, directors, and officers. Those relationship standards are difficult, if not impossible, to reflect in the same manner for LLCs. Further, under Missouri corporate statute, there exists the ability to easily dissolve and terminate a corporate entity with two shareholders each owning one-half of the company. Whether that is empowering or frightening, the ability to call upon such a statute in a particular situation is worth consideration at the time of consideration of the choice of entity.

As stated earlier, an LLC may elect to be taxed as an S-corp, so why should an owner consider electing a corporate entity and not just making a corporate tax election? The simple answer is that the body of law is so much more developed for corporations in comparison to LLCs that it is just about impossible to include everything in an LLC’s operating agreement versus that which already exists by decisional law for a corporation. So, instead of asking why you shouldn’t elect to be an LLC, ask yourself what compels you to not elect a corporate entity? Only if your business plan doesn’t contemplate working within the corporate structure would I consider an LLC.

Choice of entity is not a foregone conclusion. If there is sufficient financial justification, electing to be taxed as an S-corp, and even electing to be a corporation and not an LLC, may be in your best interest. Analysis with your attorney and accountant may end up saving you substantial taxes, which then will be able to flow through to you to use as you elect. Please let me know if I or one of my colleagues can be of assistance in planning for your business’s needs, including its choice of entity and tax elections.