The Devil’s (Still) in the Details: Deadlines and Liquidated Damages Clauses 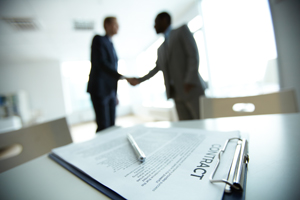 A recent case out of Illinois illustrates the danger of failing to keep track of deadlines, and expounds on the purpose of liquidated damages. The facts of the case are rather straightforward, but the results surely must have stung for one of the parties.

A contract was negotiated whereby DW Mazel, LLC (“DWM”) contracted to purchase thirty parcels of real estate together with gas and convenience stores from Smart Oil, LLC (“Smart”) for a sale price of $67 million. As is customary in contracts of this type, an earnest deposit totaling $750,000 was required to be paid by DWM into escrow. There was also an opportunity for DWM to conduct due diligence regarding each parcel and the business conducted thereon.

At the end of the due diligence period, DWM was required to provide written notice to Smart if DWM disapproved of the purchase. The contract provided that “failure to timely deliver [written] notice [of its disapproval] shall be deemed [DWM’s] approval of such investigations.” If written notice had been given to Smart of DWM’s disapproval of the purchase, the contract would have terminated, the earnest deposit would have been released and refunded, and both parties would have gone their own way.

After the expiration of the due diligence period without notice of disapproval of the contract, the parties were to proceed to a closing on the contract. If the contract did not close because of the failure of the Buyer (DWM) to fully perform, the Seller (Smart) was to receive the entire earnest money deposit as liquidated damages.

The contract provided with respect to the earnest deposit and liquidated damages that:

“If Buyer defaults in its performance . . . under this Agreement, including the obligation of Buyer to purchase the Property if all conditions precedent to such obligations has been satisfied, Seller shall receive the entire Earnest Money Deposit and all accrued interest thereon as complete liquidated damages.”

Further, the contract language itself explained the purpose for the liquidated damages provision, “it being understood that the damage to Seller caused by any such default of Buyer would be extremely difficult or impossible to ascertain.” And for good measure, the liquidated damages provision expressly provided that it survived termination of the contract.

When the closing did not occur and the deal fell through, Smart sued DWM for breach of contract seeking the payment of $750,000, the amount of the earnest deposit that was to have been paid by DWM but had never been deposited into escrow.

The court found that Smart had satisfied all conditions precedent and that DWM had breached the contract by not depositing the earnest money. Further, because DWM did not give notice of disapproval of the purchase at the end of the due diligence period, DWM could not claim that the due diligence materials were somehow inadequate and thereby relieved DWM of its obligation to close on the purchase transaction. The court’s decision also held that Smart was entitled to the earnest money deposit as liquidated damages, noting that DWM signed the liquidated damages clause that expressly stated actual damages would be extremely difficult or impossible to ascertain.

The liquidated damages clause is deemed reasonable unless the party opposing its application carries its burden of proof to “show that the agreed-upon damages are clearly disproportionate to a reasonable estimate of the actual damages likely to be caused by a breach.”

Under Illinois law, and in similar provisions under Missouri law, a liquidated damages clause is valid and enforceable if:

(1) the parties intended to agree in advance to the settlement of damages that might arise from the breach;
(2) the amount of liquidated damages was reasonable at the time of contracting, bearing some relation to the damages that might occur; and
(3) actual damages would be uncertain in amount and difficult to prove.

“The reasonableness of the amount, though, depends not on the actual damages suffered by the non-breaching party, but on whether the amount reasonably forecasts and bears some relation to the parties’ potential loss as determined at the time of contracting.”

DWM made, and the court dismissed, its argument that because the earnest money deposit had never been actually paid, there was no actual “liquidated damages” to pay over to Smart. The court, sidestepping the potentially “absurd outcome of wrongdoers being absolved of their debts simply by not paying them,” noted that the “Earnest Deposit” was required to have been paid. Whether it was or was not was of no consequence in measuring the amount of damages to which the wronged party was entitled.

In the end, the appellate court upheld the award of $750,000 in damages, the liquidated damages amount, to Smart Oil, LLC as the judgment against DW Mazel, LLC at the trial court.

Understanding your position vis-à-vis a contract is not always self-evident. Terms may be foreign to a party, and a party new to a particular industry or negotiation may be at a distinct disadvantage. That is where having an attorney experienced in the art of negotiation comes into play to zealously represent you and your interests. And if the matter has progressed beyond negotiation and you find yourself threatened with, or in the midst of, litigation, the experience of a seasoned attorney at your side becomes critical to any possibility of achieving best-scenario outcomes.

The business and commercial litigation attorneys at Sandberg Phoenix have extensive experience representing businesses and individuals in both routine and specialized transactional and litigation matters. Whether negotiating a contract or enforcing or defending one, we bring a wealth of experience important to you in resolving your matter. If we may be of service to you, or you just want to discuss your case or get a second opinion, please contact me to arrange a meeting — virtual or by phone — at [email protected] or 314.446.4278.