Raising Assessments, Conflict Between Declaration and By-Laws, and the Business Judgment Rule 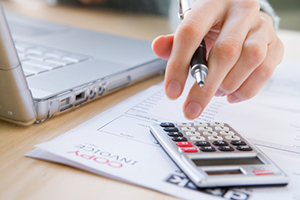 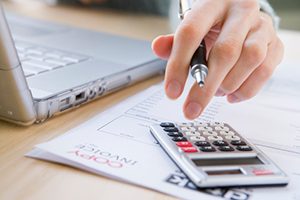 In a decision handed down less than two weeks ago by the Missouri Court of Appeals, the court was confronted with a case involving the proper method for calculating a maximum annual assessment by the subdivision’s board of directors absent a vote of the homeowners. In Davis v. Lakewood Property Owners Association, Inc., three property owners appealed the methodology used by the board of directors of the association in calculating the amount that could be assessed against lot owners by the board without a vote of the lot owners.

The By-Laws, as amended sometime prior to 1980, provided a fractional formula that utilized, as the numerator, the CPI for July 1973.

Members of Lakewood filed suit seeking a declaratory judgment that the increase of $84 in the actual annual assessment exceeded the permitted maximum annual assessment, and because it was not approved by a vote of the members, was unauthorized.

The Lakewood Board counterclaimed seeking a declaratory judgment that its “longstanding practice and business judgment” in computing the calculation set forth in the By-Laws to determine the maximum annual assessment for a given year and then setting the actual annual assessment at a rate lower than the computed maximum was proper. Furthermore, the Lakewood Board sought confirmation that it had properly “exercised its business judgment” in setting the actual annual assessment at the rate of $1,320, well below the permitted maximum annual rate.

The trial court found that the Lakewood Board has acted in good faith, uninfluenced by any consideration other than an honest belief that the actions promoted Lakewood’s best interests, consistent with historical practice and within the Board’s authority, and thus its determination of the actual annual assessment was protected by operation of the business judgment rule.

The appellate court, in reversing the lower court’s decision, held that:

The business judgment rule protects the directors and officers of a corporation from liability for intra vires1 decisions within their authority and made in good faith, uninfluenced by any consideration other than an honest belief that the action promotes the corporation’s best interest. The rule precludes courts from interfering with the decisions of corporate officers and directors absent a showing of fraud, illegal conduct, an ultra vires2 act, or an irrational business judgment. The term ‘ultra vires’ has a broad application and includes not only acts prohibited by the charter, but acts which are in excess of powers granted and not prohibited. (Footnote added)

The property owners who filed suit argued that the Declaration’s provision allowing increases in the actual annual assessment not in excess of 150 percent of the increase in the CPI, without a member’s vote, was to be calculated year to year, not, as the By-Laws seemed to authorized and as Boards had followed for many years, by calculating the maximum annual assessment in reference to the 1973 actual assessment.

The appellate court relied on a very similar case that also had a CPI adjustment clause in its declaration, but in that case, the appellate court had earlier held that the board was “not authorized to accumulate previous unused increases of the CPI,” finding that such an interpretation is clear and obvious from the language of the declaration.

The formula in Lakewood’s By-Laws permits accumulation of previously unused increases in the CPI, contrary to what the appellate court found to be the clear and obvious language of the Declaration. The Declaration “limits the amount of the increase in the maximum annual assessment without a vote of the membership to the increase in the CPI over the preceding year,” so the appellate court reversed the trial court’s judgment.