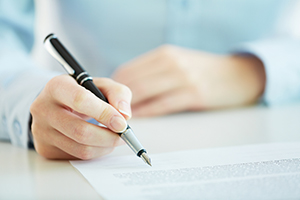 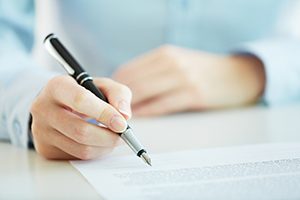 All corporations who conduct business in the state of Missouri must file annual registration reports with the Missouri Secretary of State in order to remain in good standing. The requirement applies to nonprofit and for-profit corporations alike. It is not uncommon for incorporated small businesses, including homeowner or condominium associations, to neglect to file this report on time as a result of the many other responsibilities they juggle every day. However, failing to file the annual registration report will result in the administrative dissolution of a domestic corporation’s charter from the Secretary of State, which means the corporation can no longer carry on business.

There is also the issue of whether it saves time and is more convenient to elect to file biennial reports, meaning filing a report every other year.

While the convenience of a biennial filing is attractive, for nonprofit corporations, including incorporated homeowner and condominium associations, because board members and officers generally change on an annual basis, a biennial registration report will result in the need to file a Statement of Correction upon the election of new directors and officers. Thus, the biennial filing option does not actually save any time or eliminate the amount of time spent on this compliance task.

Elections resulting in different officers and directors do not always align with filing deadlines. For entities where elections may cause a change in officers and directors on an annual basis, such as nonprofit corporations, it may be necessary to file by the due date for the return of the registration report, but also, if the officers and directors change at some point during the year, a Statement of Correction should be filed to update the information on file. Failure to do so could result in an individual, no longer either a director or an officer, receiving an important communication or even being served with process instituting a lawsuit.  The error’s consequence will lie not with the sender, but with the corporation or HOA.

What Is Included in the Filing?

The corporation will need to provide information regarding any change in its principal place of business, as well as the name and address of its registered agent, names and addresses of all officers, and names and addresses of all board members. While only a limited number of lines are available to list the officers and directors, you should list all officers and all directors by attaching additional pages. Many corporations will leave the responsibility of filing the report to its registered agent since the form is so straightforward and requires no board approval. Additionally, the corporation must pay a filing fee.

What Happens If the Corporation Fails to File?

In order to gain reinstatement after a dissolution, the corporation must provide a Certificate of Tax Clearance from the Missouri Department of Revenue, any and all past-due annual registration reports and the corresponding fees for each, a reinstatement fee, and an application for rescission of dissolution. The Certificate of Tax Clearance signifies that the corporation is current on its state tax liabilities, including the filing of all appropriate corporate income tax returns, while the other documentation is to cure and explain the cause of dissolution.

With the corporation’s board so often focused on broader issues of day-to-day concern and long-term goals, it is easy to overlook regulatory filings, especially those as seemingly mundane as the Missouri Annual Registration Report. However, good recordkeeping and timely filing is essential to maintaining good standing with the Missouri Secretary of State. Continued diligence in meeting filing deadlines will prevent headaches and late fees for the board in the future.