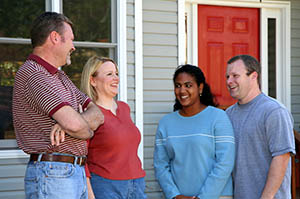 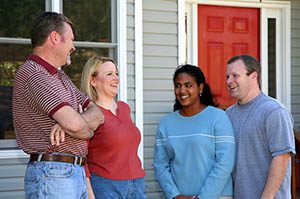 In any condominium or subdivision where restrictive covenants bind all owners in a common scheme, some owners will naturally dislike or complain about certain covenants and restrictions that they feel are unfair or should not apply, at least for that particular owner! Often, the association’s board may even agree with the owner and consider options for changing or avoiding the covenant or restriction. At these times, it is important for the board to carefully consider the steps they’ll take, not only to deal with the issue in order to avoid incurring liability for themselves or the association, but also to maintain positive relationships between the board and owners.

In many instances, restrictions that were drafted many years ago in a different era cause issues in subdivision and condominium associations today. For example, a restriction on the types of automobiles that owners may park in their driveways may restrict the parking of “trailers, boats, and trucks” and allow only for the parking of “automobiles.” Until recently, trucks were less common in suburban and urban environments and may have had a commercial or industrial stigma attached. However, today many people use trucks as daily transportation and consider them automobiles. These changing interpretations lead to dilemmas in enforceability and contentions between owners and board members.

So if the board cannot simply turn a blind eye to violations, what other option is available to avoid enforcement of an unpopular, and unwanted, covenant and restriction?

Most Subdivision Indentures or Declarations of Condominium include a provision stating that the document may be “amended,” “revised,” “modified” or a combination of other similar terms if a certain number or percentage of owners approves the change.

In Missouri, courts favor the free and untrammeled use of real property, yet restrictions thereon are not to be disregarded. For this reason, courts will uphold valid restrictions on property but also allow the removal or lessening of those restrictions. Missouri’s leading case on the subject of modifying or amending restrictive covenants in a homeowner association context is Van Deusen v. Ruth. In that case, the court held that even though the amendment section allowed for the provisions and restrictions to be “modified, amended, released, or extinguished,” those terms envisioned only the alleviation, lessening or extinguishing of restrictions, not the addition of new restrictions.

In order to alleviate or remove restrictions, the association’s board should propose an amendment to the subdivision’s indentures or the condominium’s declaration document and clearly state the new restriction. Once the board is satisfied with the language of the new restriction, they can circulate it among the association members and schedule a meeting for a vote. If the amendment receives the requisite votes in favor, the board must record the amendment and proceed under the new, hopefully more workable, covenant or restriction laid out in the amendment. Of course, when undertaking an amendment to a subdivision’s indentures or a condominium’s declaration, the advice and guidance of legal counsel is always recommended.

Because of the frequent change and turnover among directors in a homeowner or condominium association setting, a common problem often occurs: What if the past board had neglected to enforce a particular restriction, but the current board wants to bring the community back into compliance by renewing enforcement? May the new board simply begin issuing notices to nonconforming members? Well, it depends.

If an association has not been diligent in its enforcement, it leaves itself open to the claim that it does not intend to enforce, or has “waived,” one or more restrictions. To establish waiver, a homeowner must demonstrate that the association both knew that it had the right to enforce a provision and intentionally failed to enforce it. Missouri case law is clear that claims of waiver are always examined on their own facts, which makes it difficult to say for certain whether a restriction has been truly waived to the point where the association may no longer enforce it. In one case, Eichelsbach v. Harding, 29 of 160 lots in a subdivision had a fence in violation of the subdivision’s restrictive covenants. When the trustees attempted to prevent the 30th violation, the owner claimed that the association had waived this restriction by nonenforcement. However, the court ruled that “[t]he sufferance of violations on 29 of the 160 lots in the subdivision does not conclusively establish or demonstrate an intention on the part of the trustees or the other lot owners to abandon the plan or scheme designed for the benefit of the whole subdivision and for the purpose of maintaining it as a first-class residential area.”

In a separate instance, Gibbs v. Cass, a subdivision contained 33 total lots bound by a restriction against resubdividing any of the lots, although only eight were capable of further subdivision. Nonetheless, of the eight lots that were capable of further subdivision, four had been subdivided anyway. When the trustees attempted to block an owner from subdividing a fifth lot, the court specifically noted that neither the trustees nor other owners had taken any action when the previous lots were divided. Consequently, the court ruled, “[i]n view of the violations of that portion of the restrictive covenant in question by the original developer-grantor … none of which were objected to by the residents of the subdivision, we hold that the number of violations of the portion of the restriction in question has been so numerous … that there has been such an abandonment and waiver of the restriction in question as to prohibit the intervention of equity to grant injunctive relief sought by the plaintiffs.” The decision rested on both the pervasiveness of the previous subdivisions as well as the lack of pushback from the trustees and other owners. As stated above, these situations are very fact-dependent.

Community associations and their governing boards are charged with the enforcement of covenants and restrictions that are imposed by prior deed upon the real property. For many residents, the presence of certain restrictions and conformities is precisely the reason they chose to live in such communities. However, when a restriction becomes outdated or ambiguous, the board must find ways to continue enforcing the restrictions, as is their duty to the association and the owners in the community. In these situations, board inaction may result in liability to the association and board members themselves, or inconsistent application of restrictions and waiver of the ability to enforce the restrictions in the future. Both scenarios are avoidable by proactive and thoughtful board action.