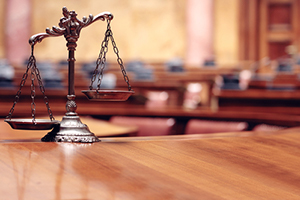 Toward the end of the Obama Administration, in May 2016, the Department of Labor finalized a rule that was to raise the salary test threshold for the Fair Labor Standards Act (FLSA) from $23,660 to $47,476. That rule was to take effect December 1, 2016 but never went into effect because of an injunction put in place by a United States District Court in Texas. That injunction was then appealed to the Fifth Circuit Court of Appeals who has yet to make a determination on the issue. Why the delay? A new Department of Labor Secretary needed to be appointed and confirmed under the new Trump Administration. On those grounds, the court granted the DOL its third extension to file its reply brief –now due June 30, 2017.

On April 28, 2017 the Senate confirmed Alexander Ascota as the new Department of Labor Secretary. However, the future of the FLSA overtime rule is still very unclear. Given that the Trump Administration is generally more pro-business, the DOL could choose to abandon its appeal, which would leave the injunction in place. That would mean that for the remainder of Donald Trump’s presidency, the FLSA salary-test threshold would remain at $23,660. The Trump administration could also choose to introduce a rule with different salary amount. Only time will well. However, it seems that the FLSA overtime rule is not a particular area of concern for Secretary Ascota. He has publically stated that the DOL’s fiduciary rule is his number one priority.

It is important to remember that the FLSA salary test is only half of the equation when it comes to determining overtime obligations and rights. The FLSA is a very complex rule with numerous provision with which employers need to comply. Many employers are simply ignorant to their obligations under the law, leaving themselves exposed to substantial monetary liability in the event of litigation.