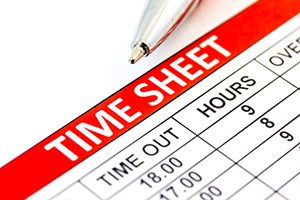 “Skill to do comes of doing, knowledge comes by eyes always open, and working hands; and there is no knowledge that is not power.” – Ralph Waldo Emerson

Little did Ralph Waldo Emerson know that his observation would foreshadow a recent decision from the Missouri Court of Appeals which had to interpret the various elements of skill, work and employer knowledge, all in the context of a claim for overtime pay under the Missouri Minimum Wage Law (MMWL.)

In this case, an individual employed as a leasing agent for an automobile dealership, claimed that there numerous weeks during her employment in which she worked in excess of forty hours a week but did not receive pay at the premium for those overtime hours as mandated by the MMWL. She alleged that she routinely handled calls from her customers after hours, which she did not report on her time card. She alleged that her employer was aware of this extra work.

The employer argued that it had no knowledge that she was working overtime and that any amount of uncompensated time was de minimus.

The Court of Appeals noted that to establish a claim for unpaid overtime under the MMWL, an employee  must prove that she performed the work for which she was not compensated and that the employer  had actual or constructive knowledge of that work. An employer who knows that an employee is working overtime cannot stand idly by and allow an employee to perform overtime work without proper compensation.

Telephone calls were at issue

The employee claimed that the company receptionists were forwarding calls to her personal cell phone after she had clocked out and left work. The employee mentioned this to her supervisor, but she did not follow up or otherwise ever try to have the time she spent on these after-hours phone calls added to her time sheet.

The employer countered that while it was aware of these personal phone calls, it did not know that the after-hours calls “caused her to work more than forty hours in any given week.” The employer correctly pointed out that the employee only said she told the supervisor about handling off-the-clock phone calls and nowhere did she testify that she told anyone at the company that handling those phone calls resulted in her working more than forty hours a week.

The Court concluded that while the employee was fielding work calls after hours, the employer was not aware this was causing her to work overtime. And, such limited knowledge does not satisfy the knowledge element of an MMWL claim for unpaid overtime.