Finding the Truth in Cyberspace: Is a Posting Opinion or Defamation? 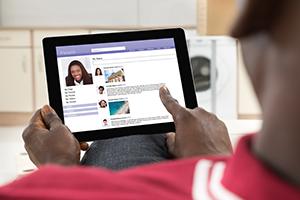 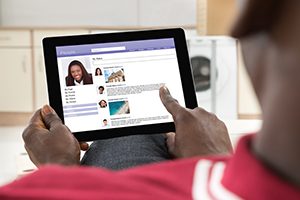 There are over 1 billion websites on the World Wide Web today being accessed by over 3 billion internet users. The proliferation of cyberspace matters most when you or your company is the subject of a posting on a blog, online review or social media site. Some commentators have likened cyberspace to a frontier society free from the conventions and constraints that limit discourse in the real world.

Yet, there are legal limits. Today, judges are increasingly called upon to decide the balance between free speech under the First Amendment and whether an internet posting constitutes defamation. And while exact parameters of that boundary may be elusive, case law is expanding to define the fine line between a posting that is just unwelcome and one that is unlawful.

The Foundation of Defamation Law

First, let’s cover a short review of defamation as a legal claim under Missouri law.

In order to prove defamation, a plaintiff must prove: 1) publication, 2) of a defamatory statement, 3) that identifies the plaintiff, 4) that is false, 5) that is published with the requisite degree of fault, and 6) damages the plaintiff’s reputation.

Proof of actual harm to the plaintiff’s reputation is an absolute prerequisite in a defamation action. The evidence proffered to establish actual damages may not be too speculative and must be founded upon more than the plaintiff’s embarrassment or perception of their own reputation.

Imagine waking up and scrolling to a Facebook posting in which you are referred to as a “dumb ass,” even first among “dumb asses.” Time for a lawsuit? According to a California court, the answer was no. The court found that although the individual was justifiably insulted by this epithet, the lawsuit failed entirely to show how it could be found to convey a provable factual proposition. If the meaning conveyed cannot by its nature be proved false, it cannot support a libel/defamation claim.

Let’s switch to the landlord tenant arena. A lawsuit followed a negative review
of an apartment building posted to Yelp, a crowd-sourcing review website. Here is part of the posting:

Sadly, the Building is (newly) owned and occupied by a sociopathic narcissist — who celebrates making the lives of tenants hell. Of the 16 mostly-long-term tenants who lived in the Building when the new owners moved in, the new owners’ noise, intrusions, and other abhorrent behaviors (likely) contributed to the death of three tenants (Pat, Mary, & John), and the departure of eight more (units 1001, 902, 802, 801, 702, 701, 602, 502) in very short order.

The result? The writer argued that internet fora are notorious as “places where readers expect to see strongly worded opinions rather than objective facts.” The court was not so willing to grant a free pass. Instead, it noted that the mere fact that speech is broadcast across the internet by an anonymous speaker does not make such speech immune from defamation law. Considering the landlord’s evidence that two of the three supposedly dead tenants were, in fact, alive, the judge noted that the entirety of the negative posting could be found by a jury to constitute factual assertions that were defamatory.

Context plays an important role in distinguishing fact from opinion. Take, for example, a case that arose from a posting on The Ripoff Report, which defines itself as a website where members of the public may comment on the reliability and honesty of various providers of goods and services. The defendant wrote of the plaintiff:

This guy is a criminal and a deadbeat dad. As you can see, I am the child’s grandma so I know. If you should eve [sic] come across this person, be very careful. He may be taking steroids so who knows what could happen. I would be very careful dealing with this guy. He uses people, is into illegal activities, etc. …

The court ultimately ruled that the comments were too generalized, nonspecific and vitriolic to be actionable. As one judge noted, readers of various websites would be predisposed to view the comments “with a certain amount of skepticism, and with an understanding that they will likely present one-sided viewpoints rather than assertions of provable facts.”

Those internet postings that are susceptible of proof will likely lead to a legal violation rather than a conclusion that the author engaged in crude name-calling.

In a separate case involving an online review of a lawyer, the court awarded the attorney $350,000 in punitive damages against a former client who posted the following:

Caused unnecessary chaos and fear with my kids, convinced me that my ex cheated (which he didn’t), that he was hiding money (which he wasn’t), and was mad at ME when I realized her fee circus had gone on long enough and finally said “stop[.]” Altered her fee structures, actually replaced original documents with others to support her charges and generally gave the kind of poor service you only hear about.

The court rejected the defense of the online review just being an “opinion.” In reaching its decision, the court noted that the posting contained the allegation that the attorney falsified a contract. This was a factual allegation that the evidence showed to be false.

Looking Into the Future

Truth remains an absolute defense to a claim for defamation, even one that arises in cyberspace. However, it is important to carefully scrutinize negative online postings about your professional status or business dealings. Whether you respond with just a letter or go to a full-blown lawsuit, you should never allow a defamatory statement to go unchallenged. Silence may be perceived as acceptance. In any such situation, the entire circumstances must be examined to determine whether a statement has crossed the line from opinion to defamation.

At times, it will be vitally important to legally measure that fine line.