Liability of Successor-in-Interest for Assessments 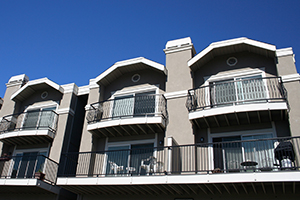 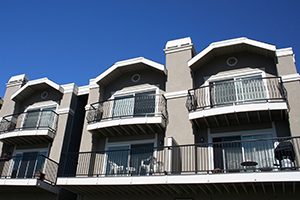 In the case of First National Bank of Dietrich v. Pointe Royale Property Owners’ Association, Inc., the Pointe Royale declaration provided the following: “If Assessments have become delinquent, such Assessments shall bind such property in the hands of the Owners, his heirs, devisees, personal representatives and assigns. The personal obligation of the Owner to pay such Assessments shall remain his personal obligation and shall pass to successors in title.”

Based upon the above-quoted declaration provision, the condominium association maintained that the covenants obligated the Bank, as “successor in title,” to pay the prior assessments, as well as Pointe Royale’s attorneys’ fees, in both collecting those fees and defending the declaratory judgment action brought by the Bank.

Pointe Royale argued on appeal that prior Section 488.3-116.2(2) and 488.3-116.7 of the Missouri Revised Statutes did not apply to it because that statute applies only to associations that consist exclusively of condominium unit owners and because the statute addresses only the priority of liens but does not extinguish the underlying obligation to pay assessments. The trial court, and the court of appeals, found otherwise.

The Court of Appeals squarely addressed the argument of whether the Bank was a “successor in title.” Noting that “the primary rule of contract interpretation under Missouri law is that a court will seek to determine the parties’ intent and give effect to that intent,” the appellate court went to great lengths in attempting to glean the intent of the parties in the use of the phrase “successors in title.” Notably, the court found, “the words joint and several liability do not appear in the covenants, and Pointe Royale cites no authority supporting its argument that the personal liability clause is an unambiguous expression of joint and several liability instead of an inherently impossible statement that the personal liability of an owner will both ‘remain’ and ‘pass.'”

Not finding a definition of “successors in title” in either the declaration, in case law or in legal dictionaries, the appellate court turned solely to the declaration and found that a purchaser at a foreclosure sale is not expressly bound to the affirmative covenant creating the liability for the unpaid assessments. The court expressly held that “[i]nasmuch as the lien limitation was restricted to those having some relationship with the original owner as his heir, devisee, personal representative or assign — and not based on a mere relationship to the property — we see no indication that the personal liability clause was intended to reach beyond the relationships specified for purposes of liens so as to extend personal liability to a successor removed from any personal relationships with the original owner.” (Emphasis in original.)

The court did hold open the possibility that a declaration could continue liability for prior unpaid assessments on the owner at the time the assessment arose, noting in a footnote that “whether personal liability for the prior assessment ‘remain’ with prior owners is not at issue in this appeal.”