Heads Up, I Win; Tails Up, You Lose. Did Both Parties Really Agree to Arbitration? 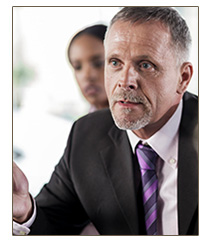 It’s a simple concept on its face: To be binding, an arbitration agreement must contain mutual promises by both parties to arbitrate their claims. But if one party to an employment contract excepts one or more types of claims from arbitration, is there mutuality, meaning both parties to a contract are bound to the same set of rules?

In practice, determining mutuality has proven difficult for courts to resolve, particularly when an arbitration provision references and relies upon other sections of a broader contract. A recent decision by the Missouri Court of Appeals illustrates this difficulty and also emphasizes the importance of overall contract interpretation.

In Jimenez v. Cintas Corporation, the plaintiff brought suit challenging her termination from employment with the defendant. The defendant thereafter filed a motion to compel arbitration, relying upon the arbitration provision in the parties’ employment agreement (the “Agreement“). Specifically, Section 8 of the Agreement provided that any disputes “between Employee and Employer concerning whether either party at any time violated any duty, right, law, regulation, public policy or provision of this Agreement” that cannot be resolved in good faith, must be “resolved through impartial and confidential arbitration.”  Section 8 mandated that both the plaintiff and the defendant arbitrate any unresolved “claims for damages, as well as reasonable costs and attorney’s fees, caused by [the other party’s] violation of any provision of this Agreement or any law, regulation or public policy.” Section 8 further provided:

The rights and claims of Employee covered by this Section 8, including the arbitration provisions below, specifically include but are not limited to all of Employee’s rights or claims arising out of or in any way related to Employee’s employment with Employer, such as rights or claims arising under the Age Discrimination in Employment Act, as amended, Title VII of the Civil Rights Act of 1964, as amended (including amendments contained in the Civil Rights Act of 1991), the Americans With Disabilities Act, 42 U.S.C. § 1981, the Fair Labor Standards Act, the Employee Retirement Income Security Act, state antidiscrimination statutes, other state or local laws regarding employment, common law theories such as breach of express or implied contract, wrongful discharge[,] defamation, and negligent or intentional infliction of emotional distress. Excluded from the arbitration provisions below in this Section 8 are all unemployment benefit claims, workers’ compensation claims, claims for a declaratory judgment or injunctive relief concerning any provision of Section 4 of this Agreement, and claims not lawfully subject to arbitration, including charges or complaints filed with an administrative agency (but not litigation connected with any such charge or complaint). (Emphasis added.)

The plain language of Section 8, the arbitration provision, excluded from the requirement to arbitrate all: “workers’ compensation claims, unemployment benefits claims, claims for a declaratory judgment or injunctive relief concerning any provision of Section 4 and claims not lawfully subject to arbitration …” This language proved critical in Jimenez, as the Section 4 claims which were exempted from arbitration related only to covenants binding solely on the plaintiff.  Importantly, Section 4 also contained a clause which stated as follows:

Employer may apply to any court of competent jurisdiction for a temporary restraining order, preliminary injunction or other injunctive relief to enforce Employee’s compliance with the obligations, acknowledgments and covenants in this Section 4. Employer may also include as part of such injunction action any claims for injunctive relief under any applicable law arising from the same facts or circumstances as any threatened or actual violation of Employee’s obligations, acknowledgments and covenants in this Section 4. (Emphasis added.)

As the court noted in its decision, arbitration is a matter of contract, and parties will be compelled to arbitrate their claims only if the arbitration agreement satisfies the essential elements of a valid contract. In Missouri, legal consideration is essential for the formation of any contract, including one for arbitration. Consideration is created by either (1) a promise to do or refrain from doing something, or (2) the transfer or giving up of something of value to the other party.

Importantly, when determining whether there is an enforceable arbitration agreement, Missouri courts must consider the lack of mutual promises to submit claims to arbitration. A contract that purports to exchange mutual promises will be construed as lacking legal consideration if one party retains the right to unilaterally divest itself of an obligation to perform the promise initially made.

With the foregoing in mind, the defendants in Jimenez argued that the terms of the arbitration provision in Section 8 plainly required both parties to arbitrate their disputes, with several exceptions, and that these terms should be construed as “mutual in all relevant respects.” On its face, the Missouri Court of Appeals agreed that the language in Section 8 stated that both parties must arbitrate all of their claims except: workers’ compensation claims, unemployment benefits claims, claims not lawfully subject to arbitration, and “claims for a declaratory judgment or injunctive relief concerning any provision of Section 4.” However, the court stressed that it must read the terms of the Agreement as a whole, giving each term its plain, ordinary and usual meaning, so as to not render any terms meaningless. In doing so, the court concluded that Section 4 had the effect of exempting only the defendant employer from arbitrating alleged violations of the Agreement’s non-compete provisions, while the plaintiff was bound to arbitrate those same claims. The Section 8 exceptions also allowed the defendant to refrain from arbitrating those claims it was most likely to bring against the plaintiff, while the plaintiff was bound to arbitrate all those claims legally arbitrable.

In essence, the Missouri Court of Appeals found that the defendant employer was allowed to litigate at its discretion, while the plaintiff was bound to arbitrate all her claims. Accordingly, while Section 8, on its face, required the parties to arbitrate their claims, the practical effect of reading Sections 4 and 8 together was that the arbitration provision bound only one of the parties to arbitration. The court therefore held that the arbitration provision lacked mutuality of promise, was devoid of consideration and was consequently invalid.

The Jimenez court’s task of harmonizing the language of Sections 4 and 8 is commonplace in today’s arbitration-friendly society. Courts are regularly forced to decide complex contractual issues when determining whether an arbitration agreement is valid and enforceable. While some jurisdictions take a different approach than Missouri, there is no question that Missouri courts require mutuality of obligations in order for an arbitration provision to be valid.