Do Not Not Notice Notice Provisions in Commercial Leases, According to Recent Decision Finding Such to Be a No-No 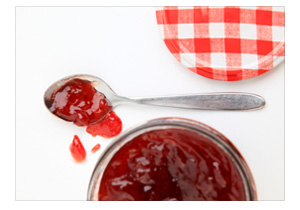 In the case of Commercial Resource Group, LLC v. The J.M. Smucker Company, the U.S. Court of Appeals for the Eighth Circuit was faced with the sticky situation of determining whether The J.M. Smucker Company (“Smucker”) should be required to pay rent for an additional term. This is despite having sent timely notice of its desire to terminate, albeit to an old address for notice purposes, and, only a few days after the deadline, sent notice to the correct notice address. To say the least, Smucker might be in a jam.

Smucker entered into a commercial lease for a building from Commercial Resource Group, LLC (“CRG”). The lease provided that after its initial term, it would automatically renew on July 1, 2010, unless Smucker provided written notice of its intent to terminate the lease 180 days prior to the end of the current term, being Jan. 1, 2010. Meanwhile, in September 2006, Smucker had received a notice from CRG that the address for rent and other lease purposes had changed (the “2006 address”). Subsequent to receiving notice of the address change, Smucker sent all rent payments to the 2006 address.

On Dec. 22, 2009, Smucker sent a notice of termination to CRG via FedEx; however, the notice was sent to the old address, not the 2006 address. Smucker received several emails from FedEx indicating an inability to complete delivery. Finally, on Jan. 4, 2010, Smucker sent a second termination notice to CRG to the 2006 address. The second notice arrived on Jan. 5, 2010, and explained that Smucker terminated the lease and that a notice had been previously sent to the old address. CRG refused the second notice and filed suit to collect the additional year’s rent.

The district court found that Smucker should not be held responsible for a “minor delay” due to the “honest mistake in mailing.” The district court further held that “to punish Smucker in the form of hundreds of thousands of dollars … would be an unconscionable result … especially where time was not of the essence to the contract and where the untimely notice did not result in any demonstrable injury to CRG.”

In its analysis, the Eighth Circuit Court of Appeals (the “Court”) differentiated between a standard lease cancellation provision and an option to terminate. In interpreting North Dakota law, which applied under the lease’s choice-of-law provision, the Court stated that the rules of contract construction generally apply to leases — that is, whether a lease requires performance at the exact time specified in the lease depends upon whether “time is of the essence.” Where time is not of the essence (i.e., is non-material), a reasonable delay in performance does not constitute a breach of contract. “Instead,” the Court stated, “under the ‘doctrine of substantial performance,’ a party is relieved of exact compliance with the terms of the lease if the breach of the lease terms is non-material.” However, the Court distinguished a standard contract from an option contract, for which, as a matter of law, time is of the essence in exercising an option, which requires strict compliance.

CRG further argued that Smucker was incorrectly granted equitable relief by the district court because it was deemed to have substantially performed. The Court of Appeals recognized that under North Dakota law, equitable relief may be available in certain situations when a party fails to timely exercise an option. In such circumstances, equitable relief may be granted if: “(1) the delay is slight; (2) the delay has not prejudiced the other party; and (3) a failure to grant relief would result in such hardship as to make literal enforcement of the option unconscionable.”

The Court determined that there was no showing of unconscionability upon enforcement of the Smucker lease because, in the Court’s words, “there is no evidence that Smucker was at risk of losing anything other than one year’s rent if the lease were enforced.” In addition, the Court stated that “there has been no showing that payment of one year’s rent, in and of itself, constitutes a forfeiture or otherwise unconscionable result.” As a result, the Court reversed the decision of the district court.

Based upon the findings in the Smucker case, in a commercial lease situation, both the landlord and tenant must be conscious of the notice provision, any subsequent changes to notice addresses, and the timing and other requirements for lease renewals or terminations. As determined by the Court in Smucker, if a lease is deemed to be an option contract, a “minor delay” — even “an honest mistake” such as sending to an old address — still requires strict enforcement of the lease terms no matter how egregious the result to the party who made the error unless such party can prove that the result is so egregious so as to be unconscionable.